Edward and Jessica were married in early August 2016 and I had been asked to be their wedding photographer Cornwall.

After looking at my previous wedding day photography, Edward and Jessica had decided they liked my documentary style and ability to capture the emotions and essence of a wedding day in a natural and unposed way.  They had stipulated many times that they only wanted minimal posing and mainly for the family formals.  The rest of the day, my aim was to capture everyone having fun and hopefully a few tears of joy.

Edward and Jessica’s wedding took place at Truro Cathedral which is an absolutely stunning place for a Cornwall wedding photographer to document.

The sun was shining as I headed to the bride and her maids for the preperations.  They had a beautiful house with tall ceilings and big windows allowing for plenty of opportunities for pictures with the wedding dress and for the bridal party getting ready.  The atmosphere was relaxed and everyone was buzzing around having fun.  Jessica has a large family with her mum and dad, brothers and sisters as well as her gran and grandad all in the house on top of her bridesmaids.

After capturing some details, I grabbed a few candids of Jessica getting her hair and makeup done which then led to some relaxed informal pictures of her bridesmaids helping Jessica into her dress.  We cleared a space in a recess in her mums bedroom which was surrounded by some lovely large windows creating some nice light.

Before heading off to the church, Jess was happy for me to take a few slightly more formal pictures.  On the way down the staircase we stopped by some more tall windows for these pictures before heading down where her bridesmaids were waiting and her brothers waited to get their first glimpse of big sister in her wedding dress.  Standing back, quietly capturing these pictures, there was a very emotional brother waiting to give his big sister a giant hug as she reached the bottom of the staircase.

Truro on a Saturday is always very busy so there were quite a few crowds outside waiting for the bride to arrive.  As the car turned the corner there were plenty of cheers and waves from the crowds that had gathered, a few quick pictures of Jessica with her bridesmaids and dad outside before heading inside.

Completely enjoying the beauty of Truro Cathedral, I documented the wedding from every angle but staying as small as I could not to disturb the ceremony.

Edward and Jessica had chosen Chycara House in Carnon Downs as their reception venue which is set in beatiful wooded grounds.  At the main house I was able to use an upstairs window to get a few pictures of the 120 family and friends in attendance.  We then gathered family and friends for the formals in front of one of the lakes situated around Chycara House.

The wedding breakfast was a great deal of fun for everyone as both Edward and Jessica were both members of a large city choir and as you could guess, a large proportion of their friends were also members of this choir.  Having previously sung at the Cathedral during the ceremony, the choir had now decided to sing a few songs to the newly married couple.  What type of songs?  Take a few classical songs, jig the words around a bit.  One song was cleverly remastered to be all about curry.  It covered all the different types of curry and the effect each curry may have on your belly the following day!!!  Hilarious doesn’t do it justice.

Check out the Slideshow and selection of pictures below. 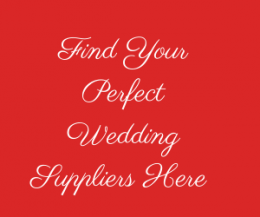 Tie The Knot Wedding Directory
5.0
Based on 8 reviews

Warren Hanson
16:40 30 Jun 19
Such a great range of Wedding providers. Great place to find everything for your wedding.

Michael Gordon
10:48 26 Jun 19
Tie The Knot Wedding Directory offer excellent quality suppliers. They also reach out and do their best to help other... suppliers. Good people to deal with!read more

Sophie Louise
19:02 25 Jun 19
Tie The Knot Wedding Directory is full of only the best quality suppliers for your wedding planning needs. They are... very active on social media and share the best posts so that you can find amazing wedding inspiration. A tip top directory - you won't need to go anywhere else to find local suppliers for your special day.read more

Dove Media
10:23 22 Jun 19
We have been with Tie The Knot for over a year now and have found it a great resource for networking and also finding... new business. Very efficient and professional siteread more

Anglea Franklin
13:57 21 Jun 19
Fantastic service and very supportive to our wedding business. Great pricing tiers to suit your budget, a Brilliant... social media profile. I Would recommend using their services to promote your own businessread more
Next Reviews